The previous kitchen was in the form of a small U shape with a space assumed to be for an eat-in table area, but there really was not enough space for this family of four to eat there comfortably.  Despite being on a slab foundation, we increased the size and function of this kitchen, increased the size of the window at the sink, and created the stainless steel hood area with marble tile as a focal point in the line of sight from the adjacent dining area and outside access.  Ductwork was relocated further up into the ceiling to allow for a raised ceiling height in the kitchen, adding valuable volume to the space.  The large island in an espresso stained wood grounds the kitchen, while providing useful seating, storage and a large amount of counter top space.  Contrast is brought in with the use of white quartz counters on the dark island and dark grey quartz counters on the perimeter’s painted white cabinets.  Hosting over 20 people at Thanksgiving proved to be much easier after this remodel was complete! 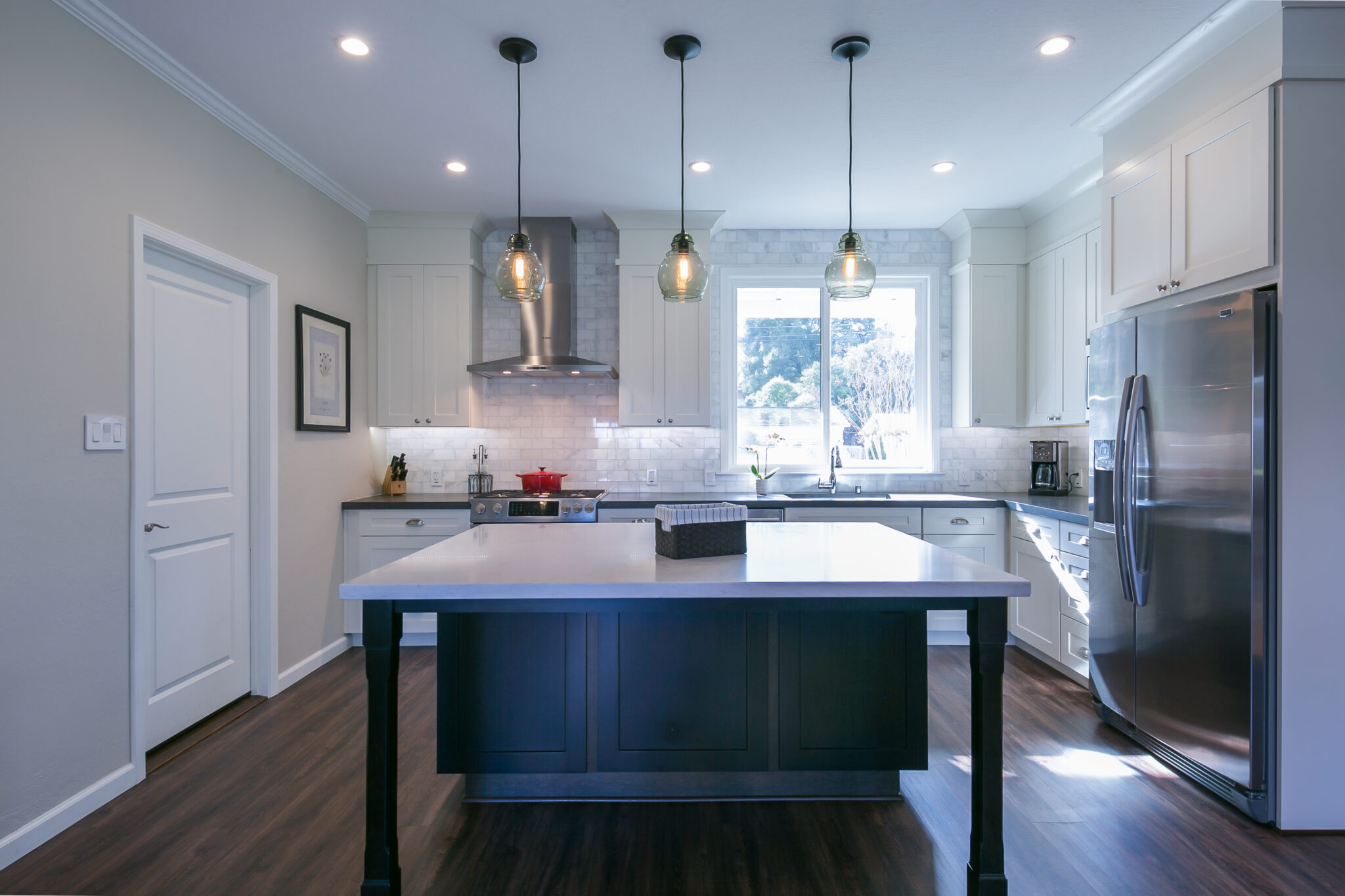 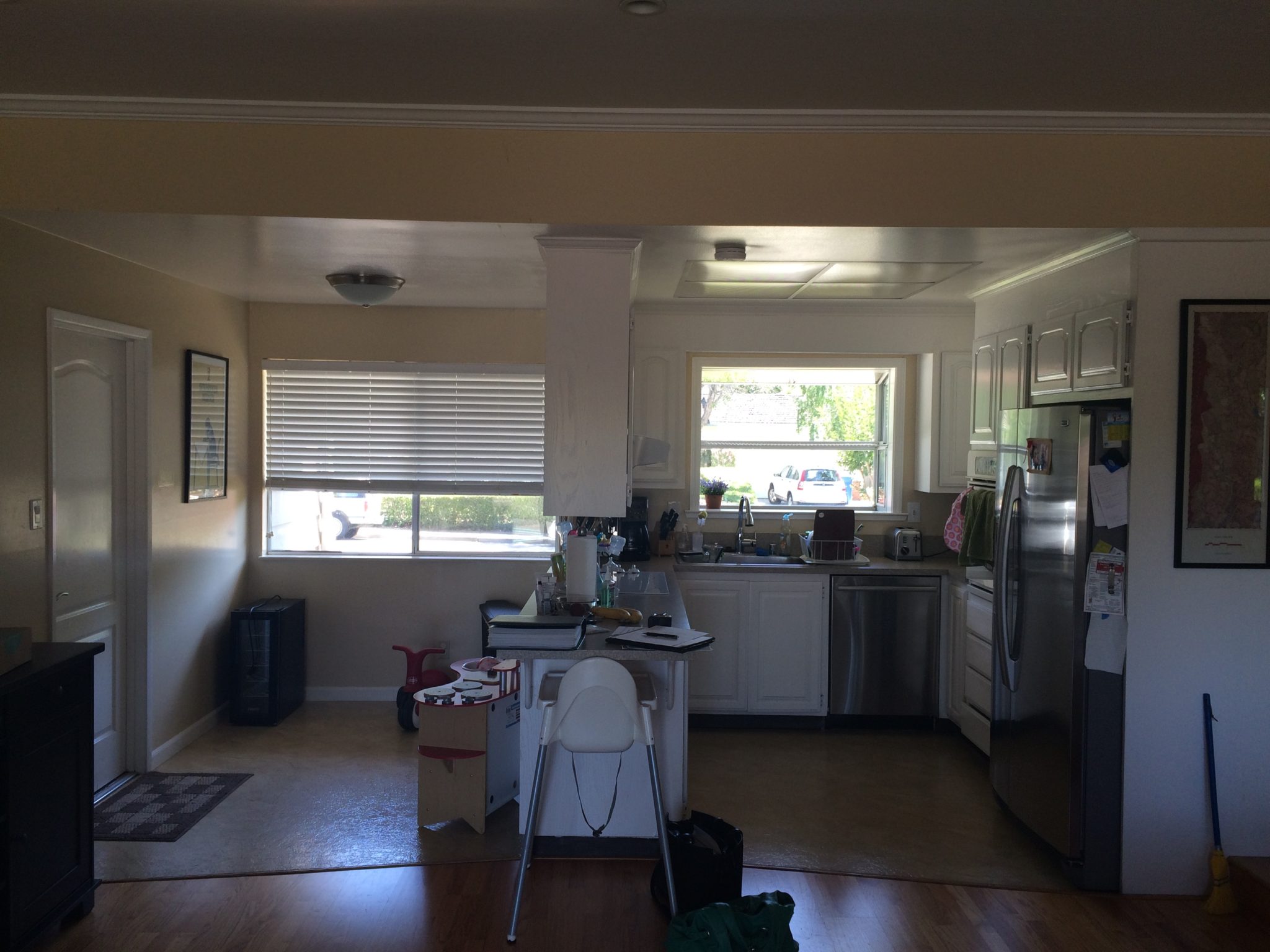 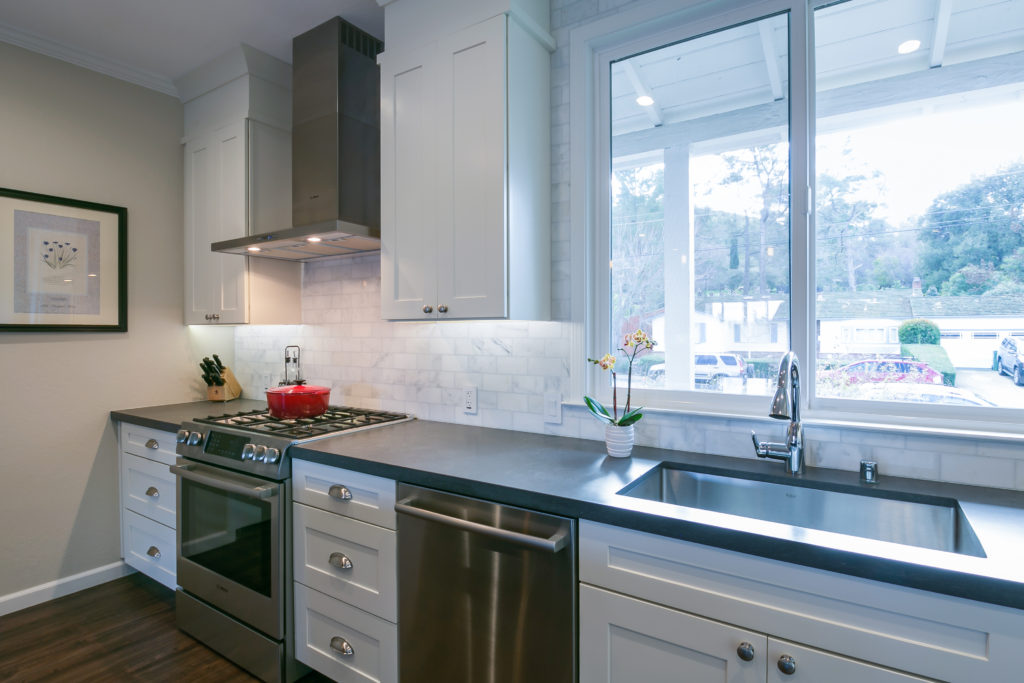 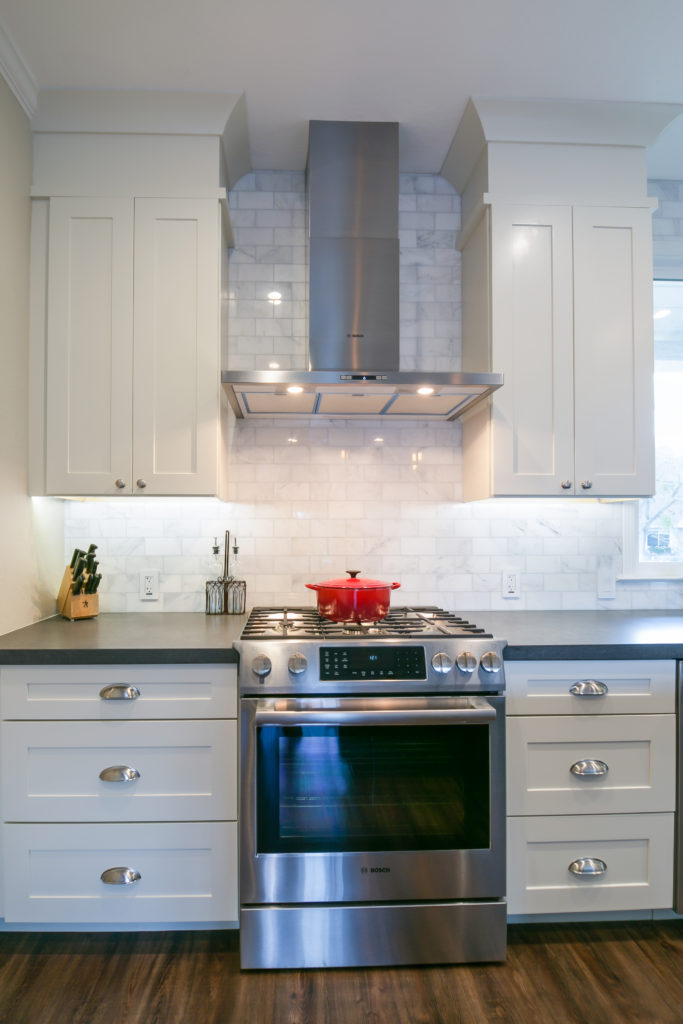 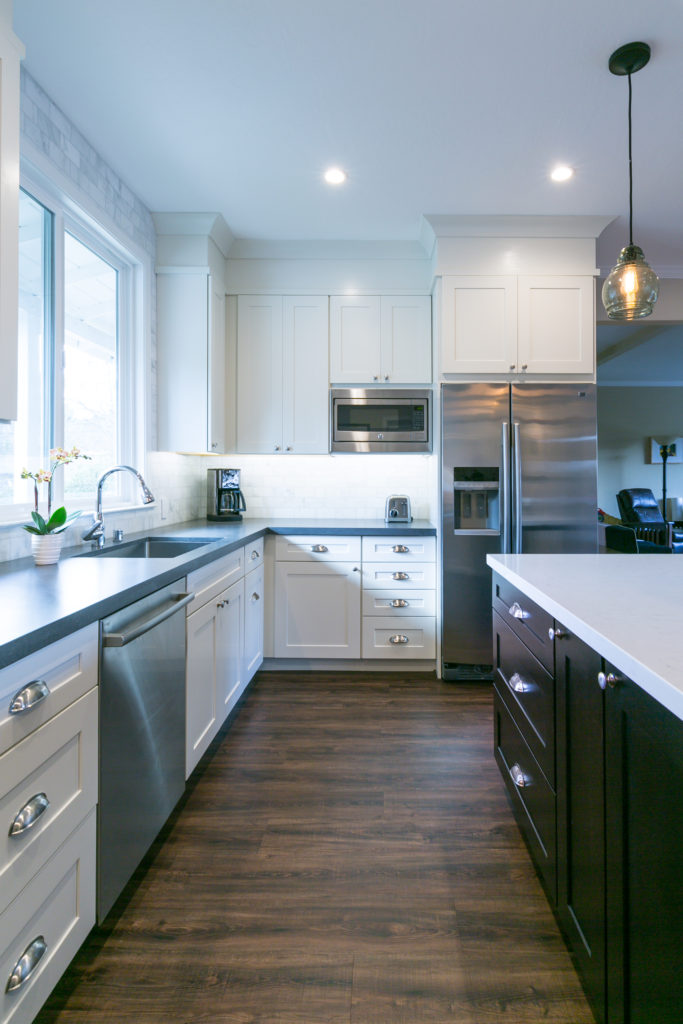 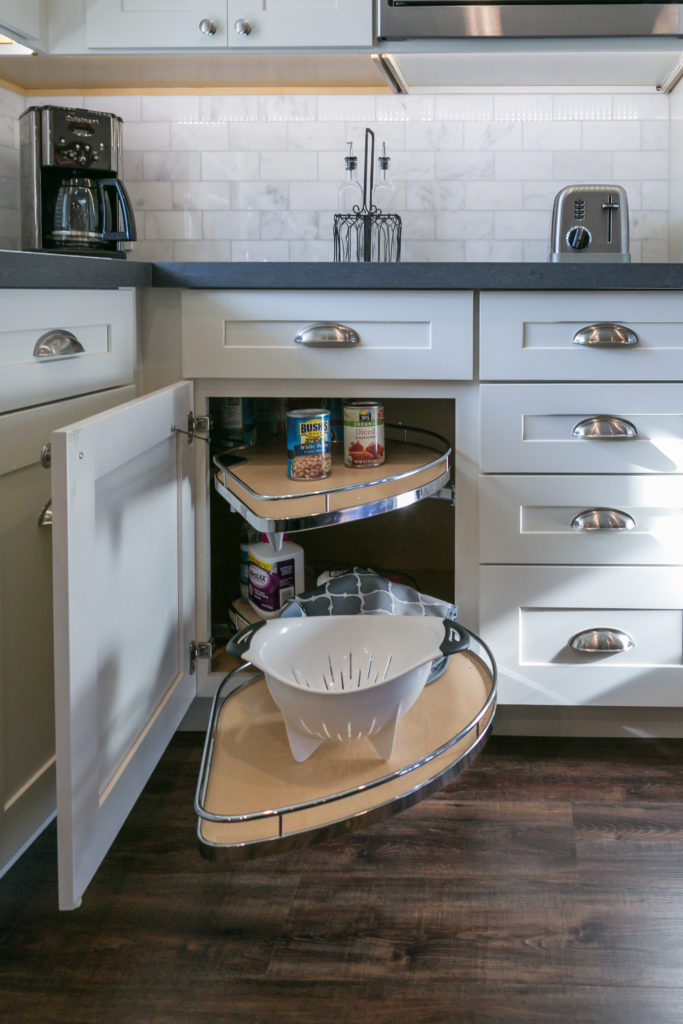 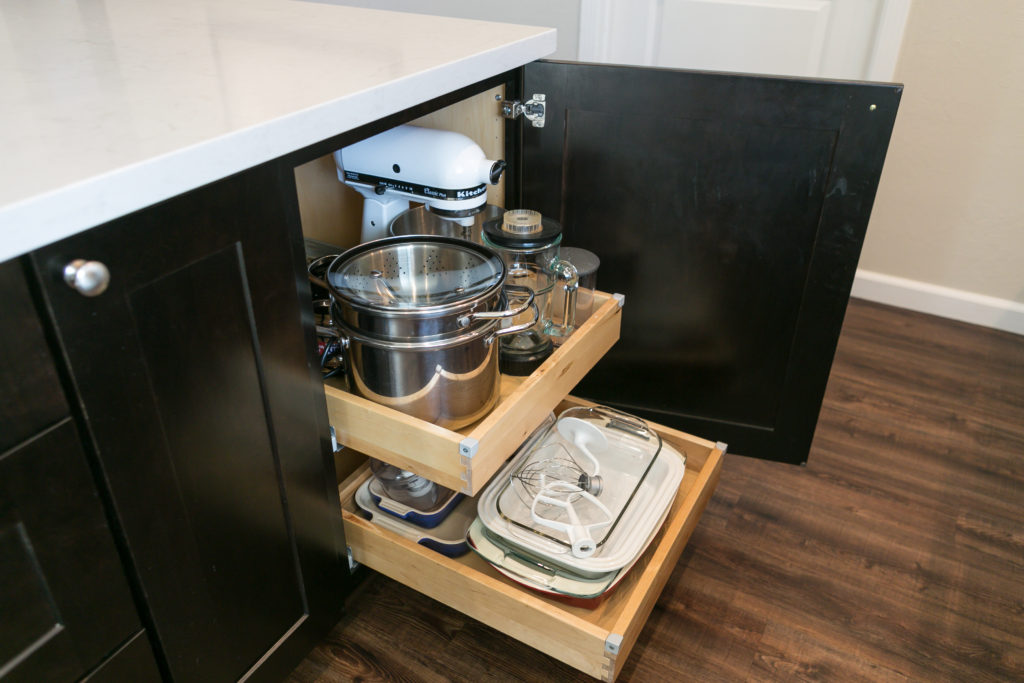 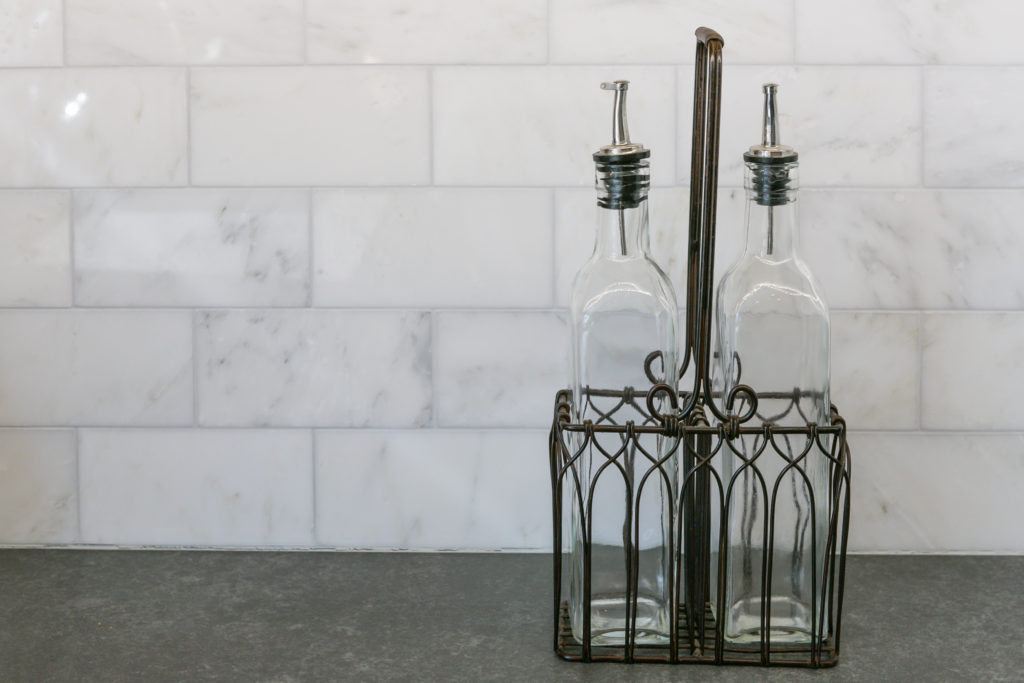 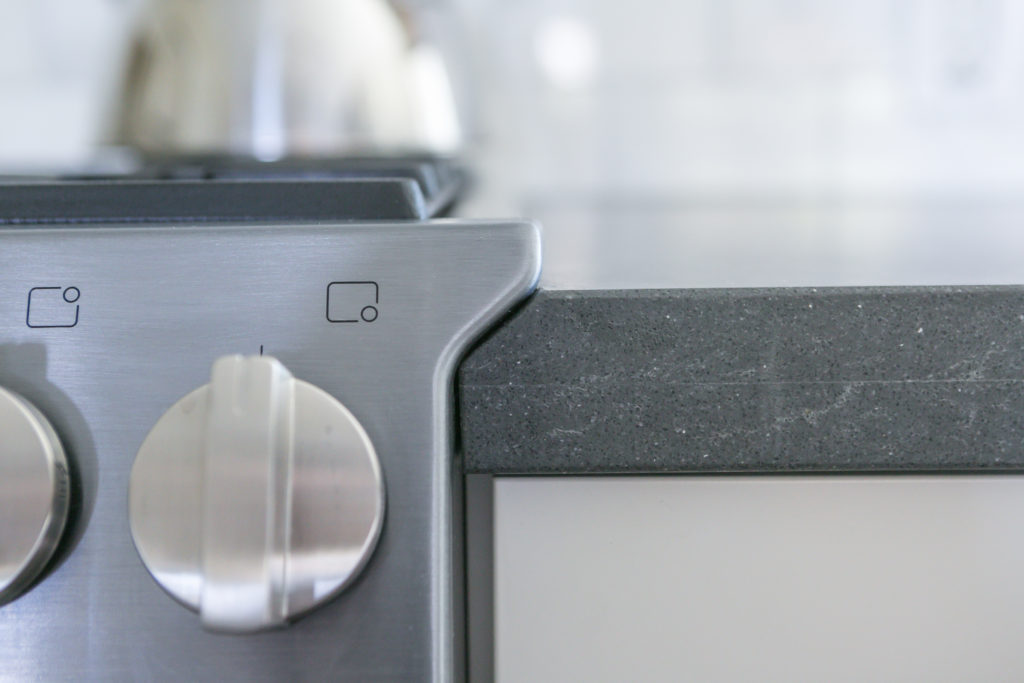