Safety and restricted access were the most important features to this family of four’s kitchen remodel, with one young child who has a severe form of autism that causes him to want to leave the house unsupervised.  Their existing kitchen had a wide opening they could not close off to the rest of the house which meant their son was easily exposed to the potential hazards of the range.  Having to walk through the kitchen to the backyard and then into the garage to do laundry, the parents would not know if their son had quickly exited through the backyard door while they were tending to the laundry.  The mother home schools their older son and needed a place in the kitchen for a desk for herself and for him.  Finally, they knew they wanted a door to the kitchen that could be locked to keep their younger son safe but create an above-counter opening between the kitchen and family room so they can watch him while in the kitchen.  All of this needed to be achieved in 225 square feet of space.

We added a door from the kitchen directly to the garage so that while cooking, the father could communicate with his son while he was playing drums.  I also encouraged the clients to move their washer and dryer from the garage to the end of the kitchen in a closet where it would be out of the way of the cooking zone but now in the house and closer to where their daily living occurs.

The couple had lived in New England together previously and loved the aesthetic of a colonial country kitchen, so early on knew they wanted solid wood countertops throughout and green cabinets.  The charming beadboard walls also serve to prevent holes in drywall made by their son’s occasional autistic outbursts.  Locks on the new doors keep the family safe and thriving.  They love it–mission accomplished! 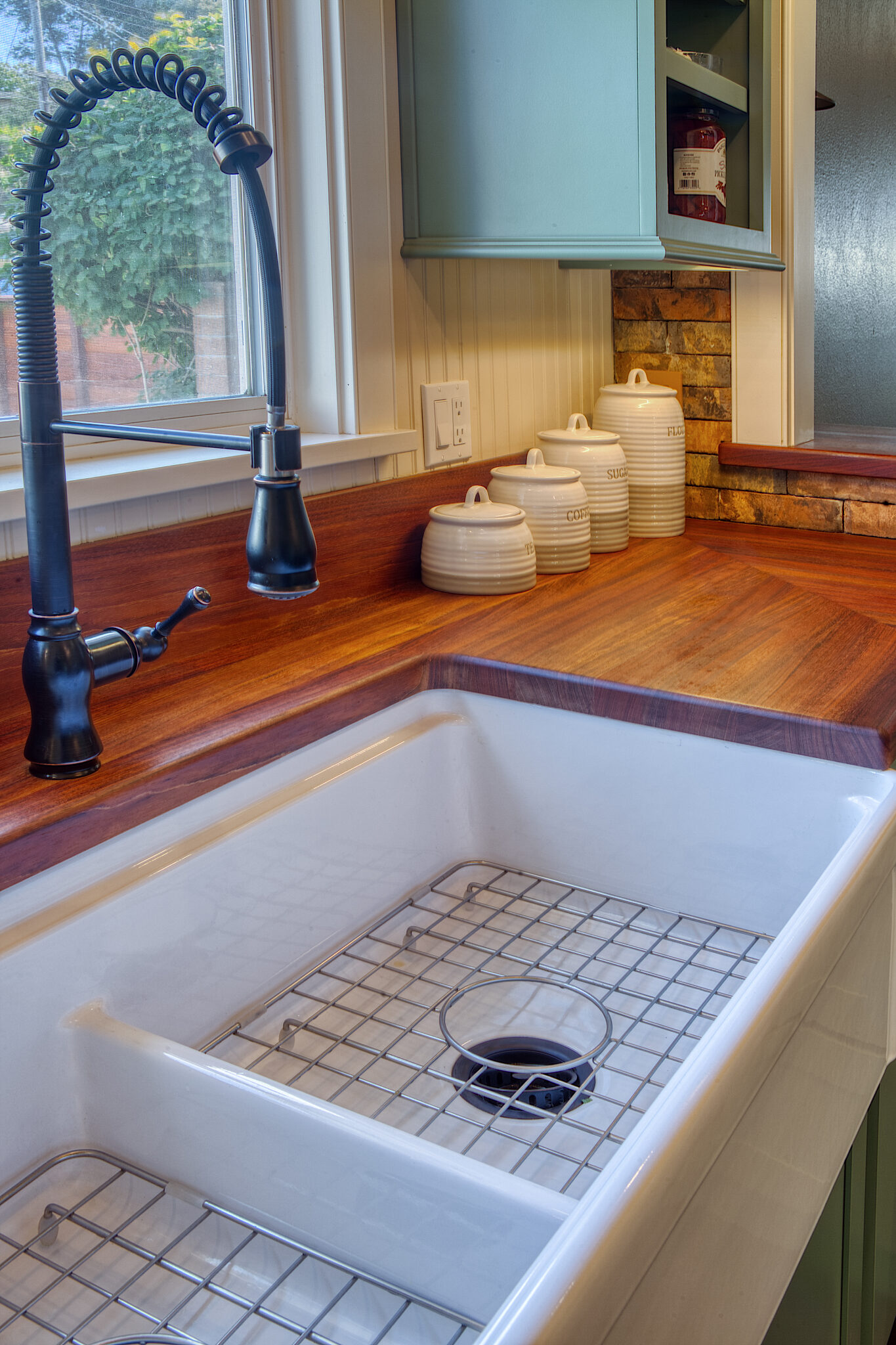 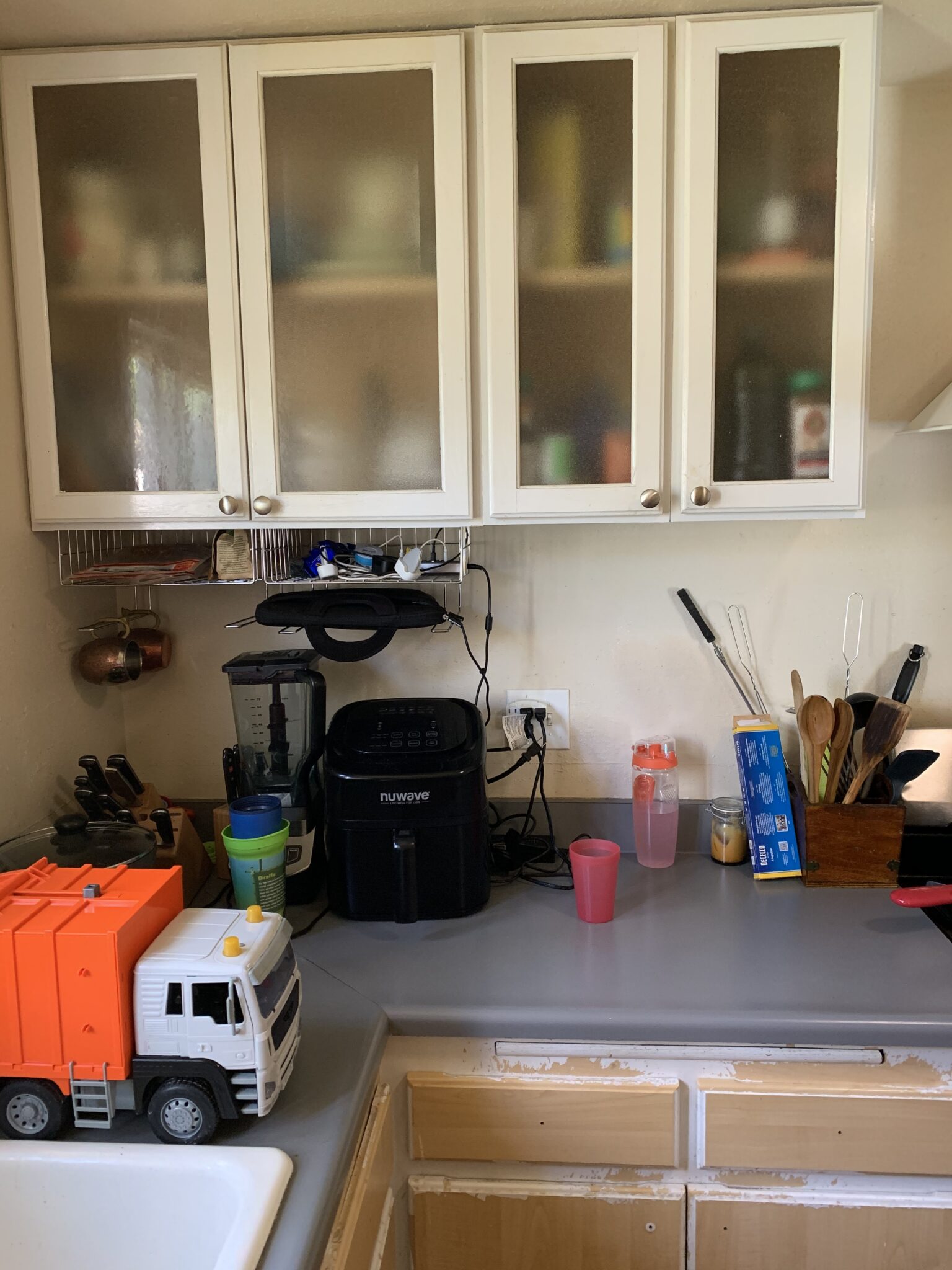 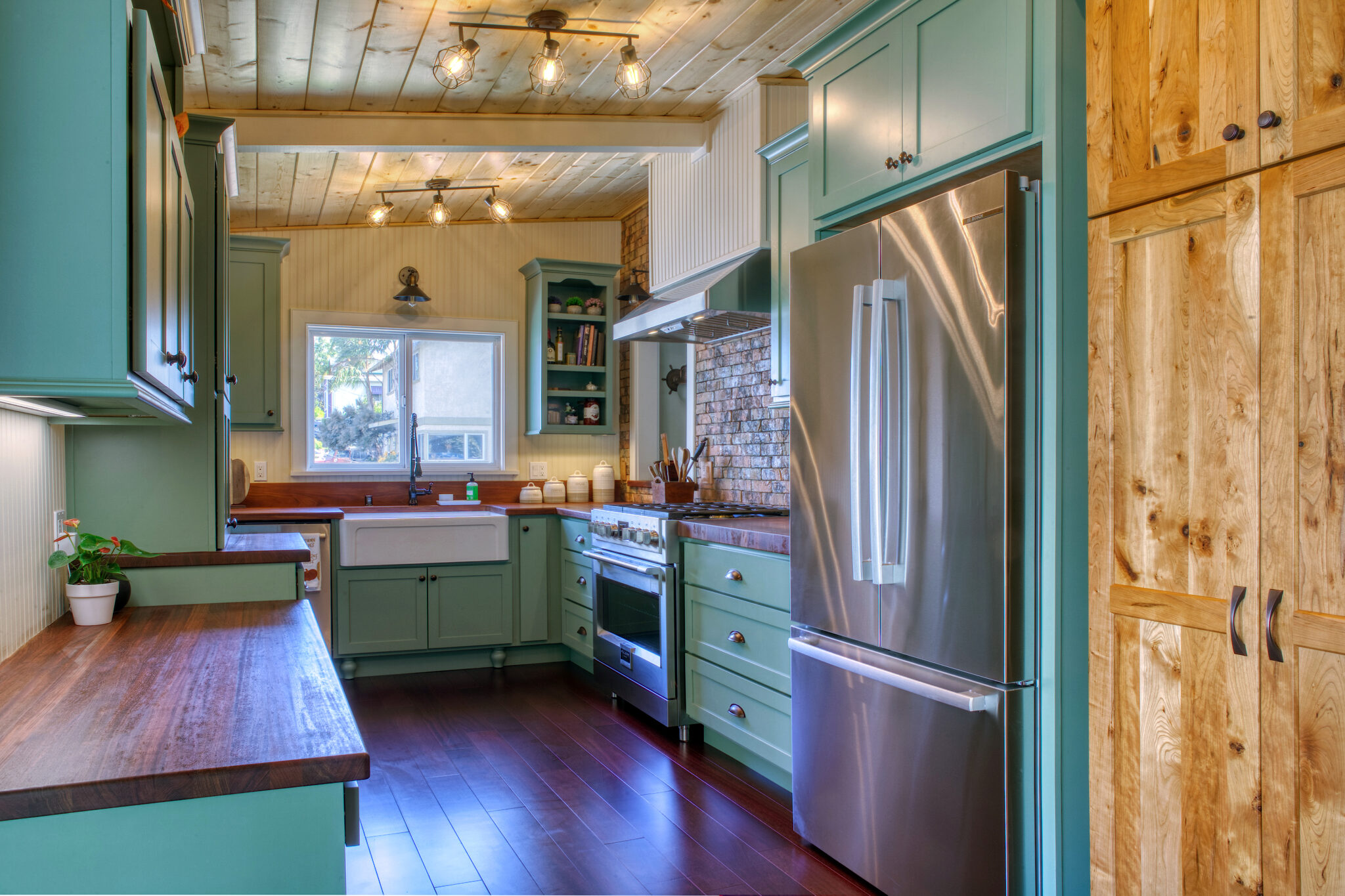 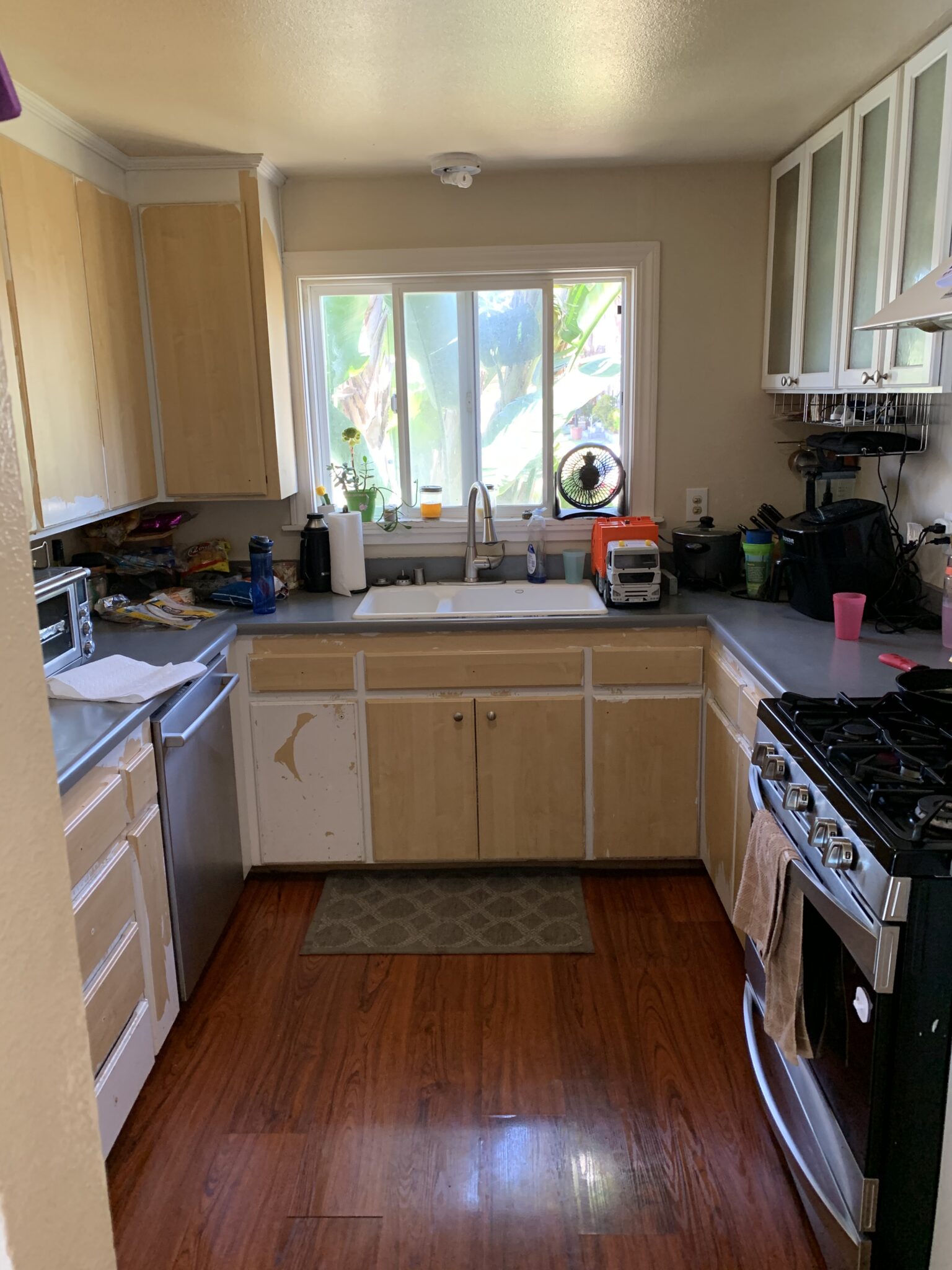 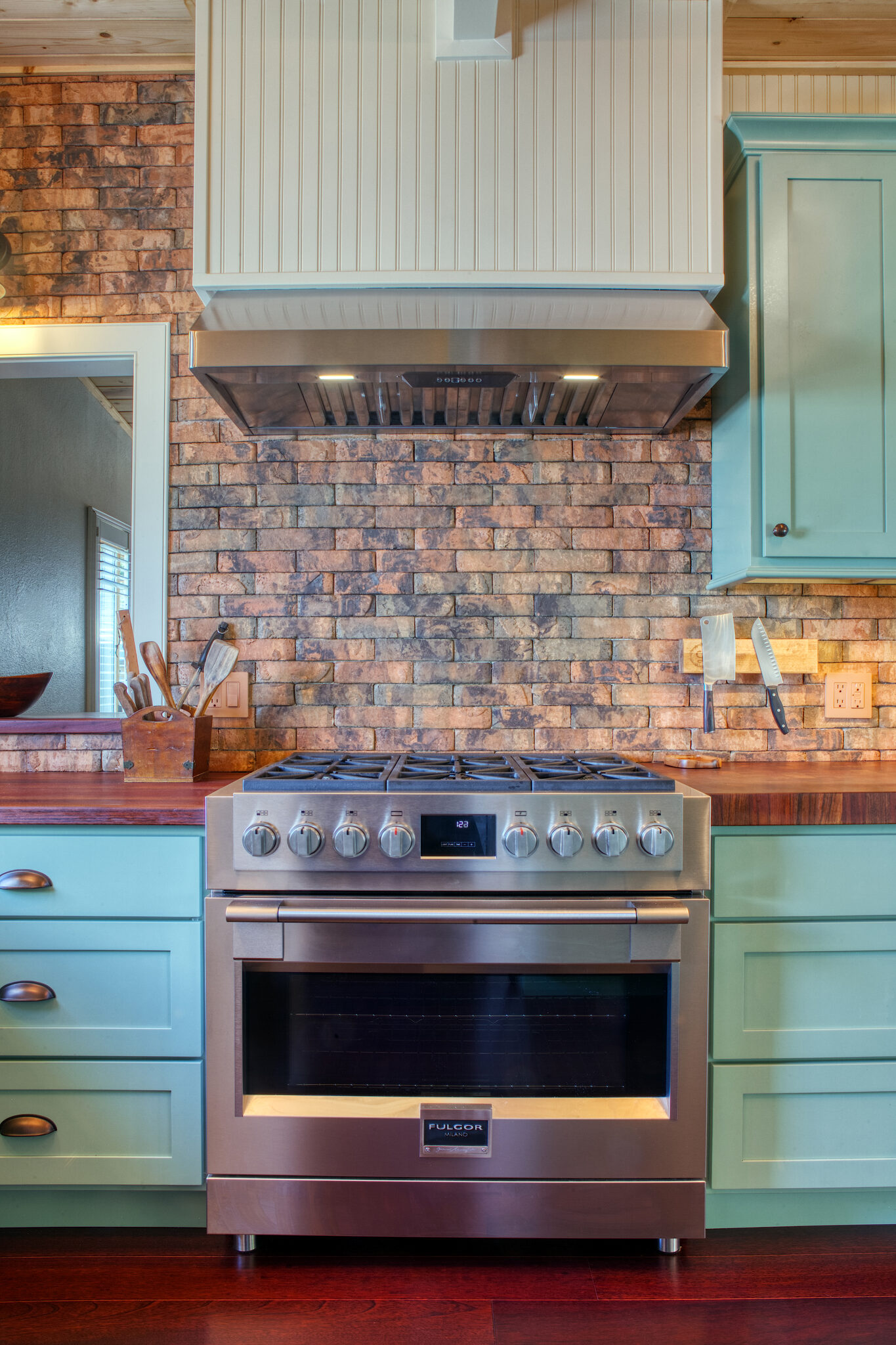 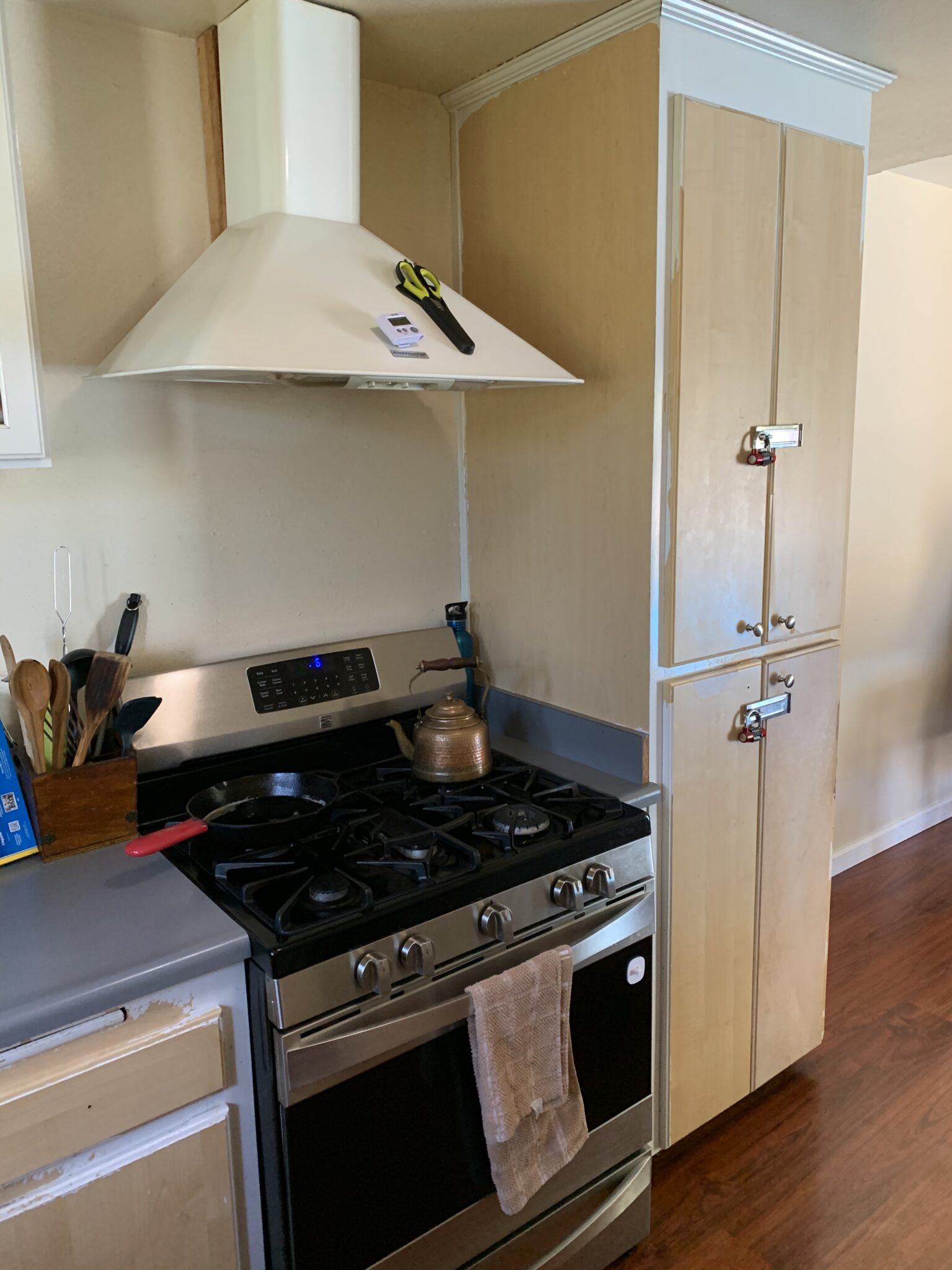 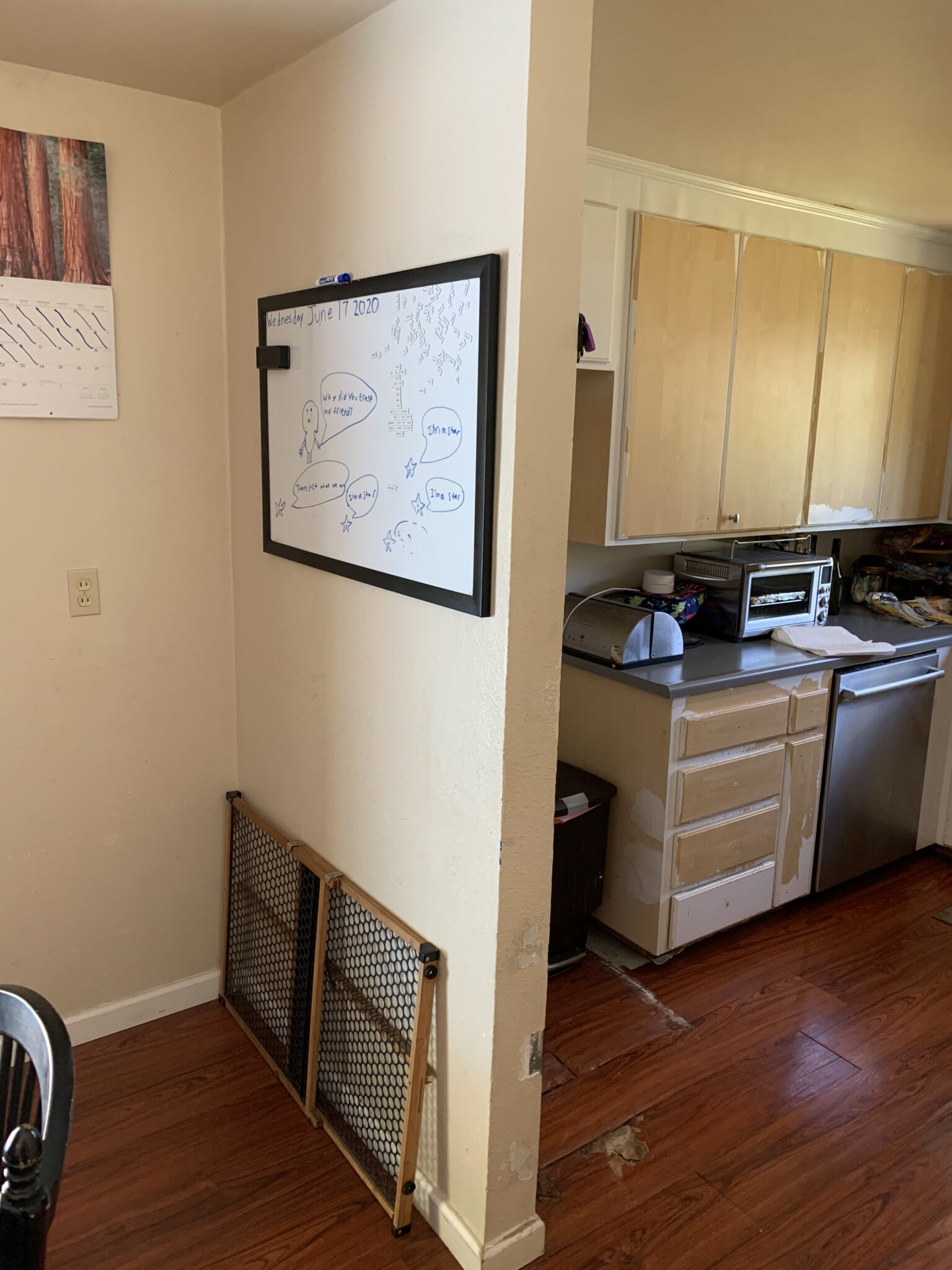 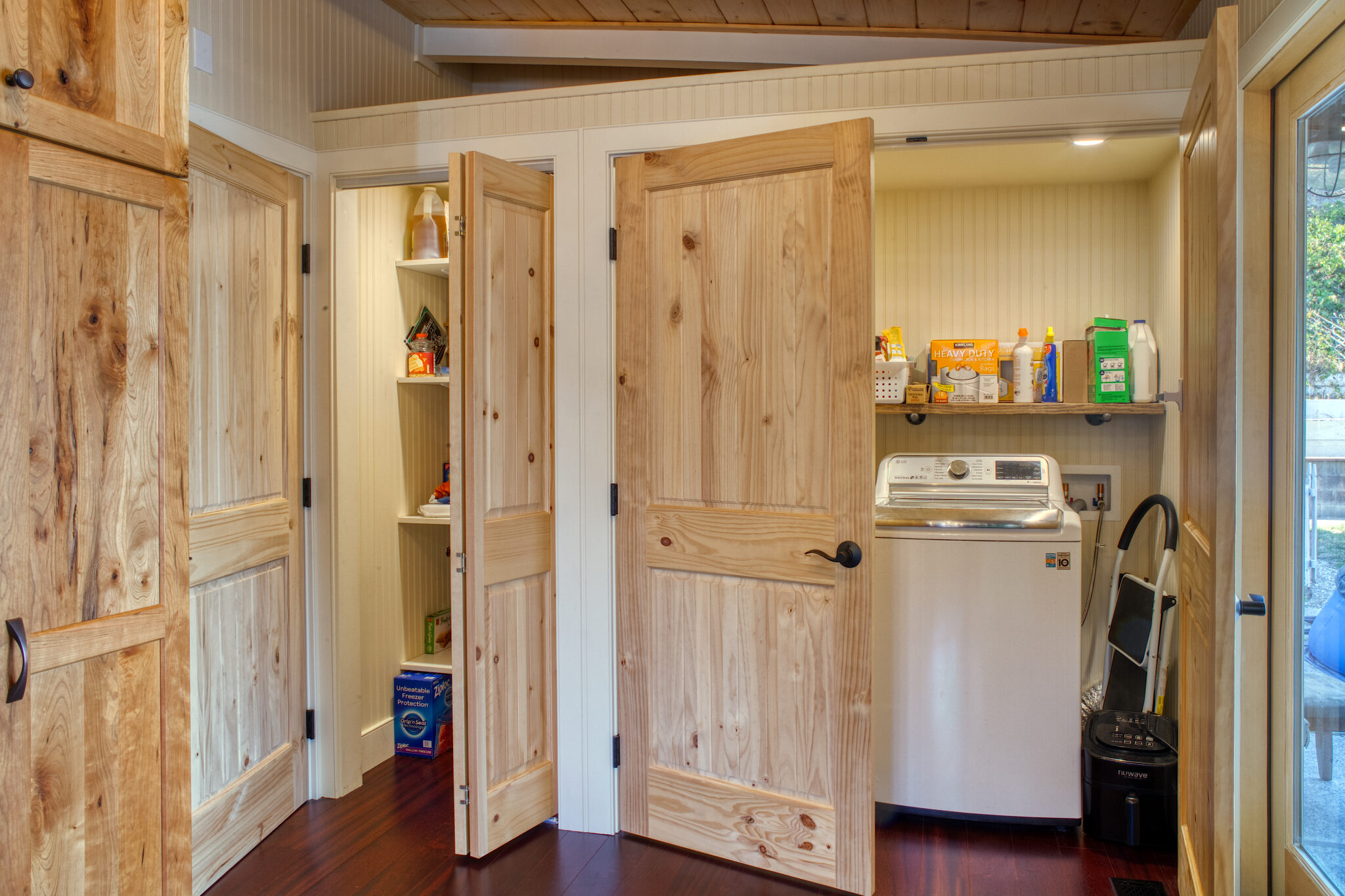 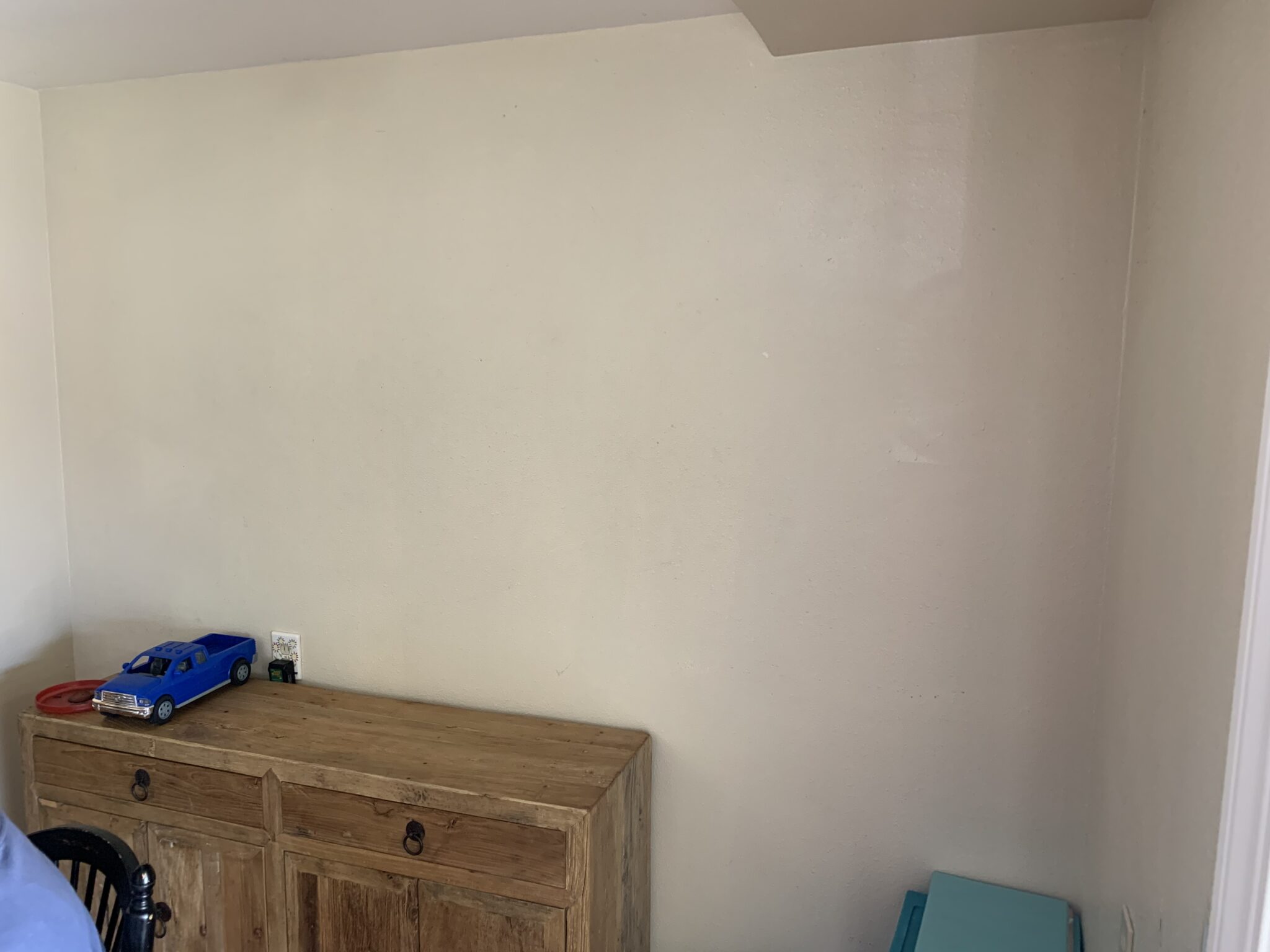 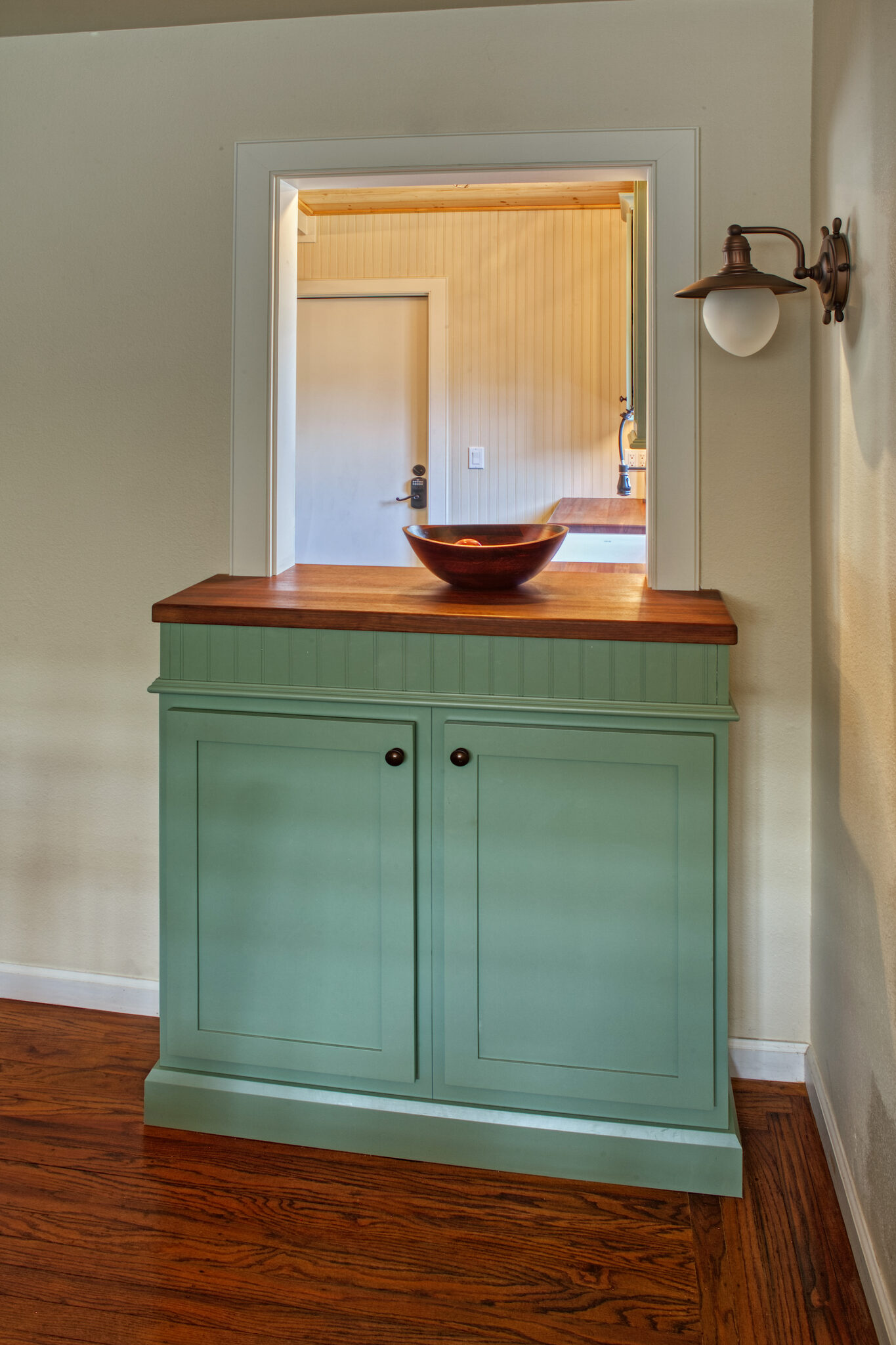 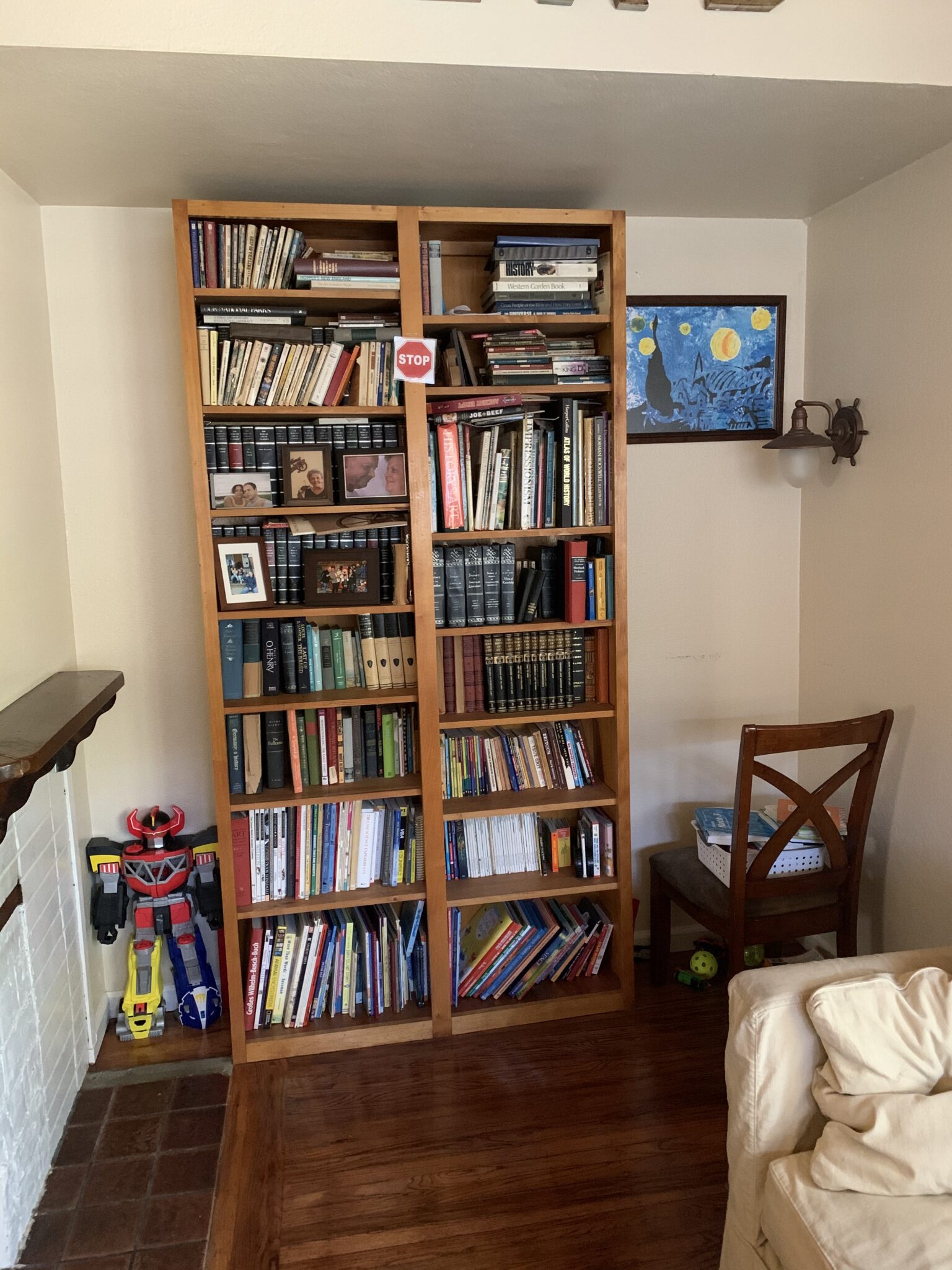